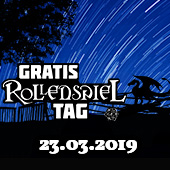 You came here to get rich. You harvest metals and silicon for space construction. You mine He-3 for fusion power. You spend weeks alone, surveying tens of thousands of square miles. At the end of the month, you come to town, accounts flush with currency.

You came here to start over. You’ve done things you can’t talk about to anyone. Things you aren’t proud of. Up here, nobody gives a damn. You can keep yourself to yourself, as long as you don’t piss anybody off.

You came here to live free. No government. No taxes. No prisons. No law at all. Or so they said.

You came here looking for something you couldn’t find on Earth.

Good luck with that.

Full Moon is a roleplaying game about life on the lunar frontier. Sometime in the future, man has colonized the moon in search of minerals rare and valuable on Earth. Men and women come in search of their fortunes, and where the ambitious go, opportunists follow.

Full Moon is based on Fate, a set of rules that has been used in games ranging from contemporary urban fantasy (the Dresden Files RPG) to far-future hard science fiction (Diaspora). The system is built for games where the players have as much investment in telling the story as the GM does, and the rules reward players for their interest by giving them plenty of tools for influencing the game.

Still, many previous incarnations of Fate have been big, heavy books filled with pages of examples, rules, and details, but we wanted to avoid this with our game. In Full Moon, we hope to present a version of Fate that is slimmed down and easy to run from, without sacrificing what makes the system versatile and engaging.

Full Moon will be a softcover trade paperback (6″x9″) book that will include the author’s take on the Fate system, rules for creating characters, running conflicts on an individual scale, and generating settings and factions that respond to the players‘ actions in community-level conflicts. A sample setting, also titled „Full Moon“, will be included to provide an example of these rules in action.